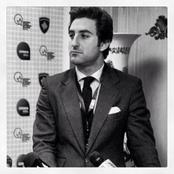 Daniel Korski was the Deputy Head of the Prime Minister's Policy Unit and a special adviser to the Prime Minister, David Cameron. He previously worked as an adviser to Andrew Mitchell MP, the former Conservative Chief Whip, and for the British member of the European Commission, Catherine Ashton, as well as for Edward Llewellyn during his time as chief of staff to Lord Paddy Ashdown, the then-UN High Representative of Bosnia-Herzegovina.

Daniel has also worked in a number of positions in London, Washington DC, Iraq, Yemen and Afghanistan. He was deployed to Kabul, Afghanistan, in 2005 to advise President Hamid Karzai's government, and in 2007 he ran the Provincial Reconstruction Team in Basra in Iraq, overseeing the post-conflict reconstruction of Basra province during the height of the conflict. He also undertook a secondment to the US State Department under then Secretary of State Condoleezza Rice. In between these postings, Korski helped establish and was the deputy head of the cross-departmental Stabilisation Unit.

Before working for the British government, Daniel worked in Parliament as a policy adviser to the House of Commons Defence Select Committee. In 2008 he helped establish the bi-partisan think-tank the European Council on Foreign Relations. He has written for The Spectator, The Guardian, Süddeutsche Zeitung, New York Times and European Voice. He holds a first class BSc in International Relations and History from the London School of Economics and an MPhil in International Relations from Cambridge.