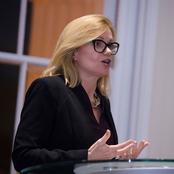 “I have found it a huge privilege to be a CSaP Fellow for the past two years, meeting with a range of experts covering topics from neuroscience to the future of cities.”

Sometimes, I’ve had to think carefully about how I might apply these subjects to the work I do on diplomacy. But I’ve always found a link as well as enjoying stimulating discussions that have opened up new and diverse subjects.

Science and evidence are a central part of our diplomatic toolkit. We’ve had our own in-house academic team – our research analysts – for over 70 years, as well as FCO historians for almost a century. They’ve been invaluable to me personally in helping me understand the key drivers of different countries and issues, and linking me up with academics and think tanks.

We have 90 science officers in more than 30 countries engaged with fostering and promoting scientific collaboration. The UK is one of a handful of countries with a Chief Scientific Adviser in the Foreign Office using science diplomacy to build links with other countries.

As a country with a long history, it is important that we understand the way we are perceived by others, including their take on any shared history we may have – as well as an understanding of the culture, politics and economies of those countries. It’s also helpful to know what’s worked and what hasn’t.

Our in-house teams are a foundation of that but external discussions and links are essential too, and CSaP has been an excellent vehicle for extending my knowledge and contacts in the wider academic world, as well as opening up new subjects and improving my awareness of the strength of UK academic research.

I have found it a huge privilege to be a CSaP Fellow for the past two years, and I look forward to continuing to engage in the future.