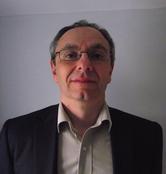 In Spring 2011, Chris Tyler (the previous CSaP Director) asked me if I wanted to apply for a Policy Fellowship and I was honoured. When I approached Tim Hill, Natural England’s (then) Director of Evidence for his blessing he was totally supportive; not least because he liked the idea of having a Cambridge Fellow in his team!

The application process was a breeze, the CSaP team performed brilliantly, distilling my murky thoughts into a fine liqueur and planning a really exciting and stimulating visits schedule. I split my five days into two chunks, two weeks apart: the first set of meetings was (as I had come to expect) a hectic whirl around Cambridge, dashing between fascinating people with fascinating things to say. After three days of that, I was glad of the pause. Over the next two weeks I reflected and honed my thoughts even further and the second tranche was more focussed and fluid.

My Policy Fellowship was on the very subject that CSaP champions, the relationship between science and policy; particularly how evidence can inform policy and decision-making. I travelled across Cambridge both geographically and intellectually – from the Nano-Science Centre and British Antarctic Survey in the west to the Chemical Laboratory in the south-east. My discussions covered many diverse topics, such as the philosophy of science, genetic modification, nanotechnology, education and climate change.

I can safely say that my visits were both inspirational and transformative. I learned a huge amount. I had many assumptions blown away and fresh perspectives opened up and I established a number of connections with people that I intend to keep fresh for many years. Not least among which, as a result of my visits, I managed to get myself co-opted onto a REF Panel.

Substantively, the insights I gained from the visits and a whole stream of follow-up conversations, meetings, CSaP receptions, etc, have helped me enormously in my professional life. Shortly after I started the Policy Fellowship, Tim Hill was asked to take on the mantle of Natural England’s Chief Scientist. “Of course!” he replied and then looked at me and said “what on earth does that mean?” So, early on, my Policy Fellowship had a clear and practical goal, to help re-configure and design the role and responsibilities of Natural England’s Chief Scientist. Beyond a shadow of a doubt, the Policy Fellowship was hugely influential in my helping Tim to shape his new role. My reward? In April 2013, I became one of Tim’s three Deputy Chief Scientists.

The Policy Fellowship was worth every minute and I’ll be eternally grateful to CSaP and to everyone I met during the two years!