at Department of Pathology, University of Cambridge 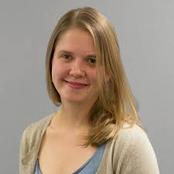 Throughout my research career I have always been interested in the ‘bigger picture’ of science, but it wasn’t until I started working at the University of Cambridge in 2011, and was introduced to CSaP that I realised that to me, the ‘bigger picture’ meant the relationship between science and policy.

Consequently, in 2012, I became a founding committee member of Cambridge University Science and Policy Exchange (CUSPE), a society run by and for early career researchers that aims to build stronger links between its members and policy-makers. Then this year, with the help of CSaP, I undertook a secondment in the civil service.

For the past six months I have been working two days a week in the Department for Business, Innovation and Skills (BIS) within the recently established Postgraduate Policy team. I have been fortunate to be working in an exciting and rapidly evolving policy area, where substantial developments occurred quickly.

As this was a part-time secondment, it was always quite exciting and sometimes surprising to arrive each week and hear how the landscape had changed in the days I was working back in the laboratory. I contributed to the early stages of policy development by assisting with the evidence gathering process to help build an economic case; in this instance it was easy to draw parallels with the scientific method of working. I also got to witness extensive and productive collaborations between a variety of specialists, including analysts, economists and lawyers.

Working over the month of July was a great reminder that policy does not get made in a political vacuum, as that month saw a Cabinet Reshuffle. There were considerable changes for the BIS Ministers, including the replacement of David Willetts with Greg Clark, but the civil servants took these changes in their stride. I greatly enjoyed my time at BIS, I only wish I could continue to be privy to the ever-changing developments of the policy I was contributing to.