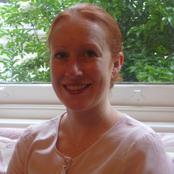 I started my Policy Fellowship at the same time I took up a post where I would be working on issues with which I was relatively unfamiliar: Chemical, Biological, Radiological and Nuclear (CBRN) security. The Fellowship provided not only a first class induction into thinking outside of government on some of the policy challenges with which I would grapple, but also a fantastic opportunity to bounce ideas off some of the most well-informed and challenging "sounding boards" I have met.

I went to Cambridge armed with a set of questions centred on potential future proliferative technologies, and the extent to which their being used to cause harm might be mitigated under current global governance systems. The range of academics I met during the week mirrored the breadth of my questions, including individuals whose research had the potential for "dual use", and those working on understanding the multilateral instruments and organisations that function to protect against weapons proliferation.

It’s fair to say that my days in Cambridge were somewhat of a whirlwind, packed full of meetings and seminars that provided more food for thought than I could have imagined. Not every encounter resulted in conversations that would inform directly my "day job", but they were unfailingly interesting and often inspired me to think differently about how best to tackle a policy problem.

I have kept in touch with a number of the academics I met during my visit, drawing on their expertise to shape and deliver events for the international CBRN community. I have also put several of them in touch with colleagues keen for an academic perspective on their own policy portfolios.

Overall, my time as a Fellow to date has been both hugely informative and great fun. I couldn’t recommend it highly enough.