Emeritus Professor of Applied Physics at Department of Physics, University of Cambridge 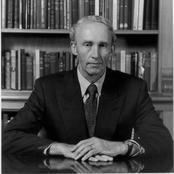 Professor Field's research interests include the strength properties of solids, fracture growth, impact and erosion processes, explosive initiation, shock physics, high-speed photography and diamond properties. He heads the Fracture, Materials and High-Speed Photography Group in the Cavendish Laboratory. The Group's high-speed photography techniques are the best in Europe, with the capabilities of taking pictures at up to 20 million frames per second. He has always enjoyed collaborating with theoreticians and modellers.

He has edited two books on the properties of diamond and has published over 350 papers. He was made FRS in 1994, and an Honorary Fellow of the Royal Society of South Africa in 2002. He has honorary doctorates at the University of Lulea, Sweden and Cranfield University. He was awarded the Duddell medal by the IOP in 1990, the John Rinehart Award by DYMAT in 2009 and made an Honorary QinetiQ Fellow also in 2009.