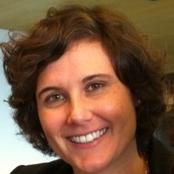 Faculty of Law, University of Cambridge and Cornell University

Julia works at the interface of law and technology, with expertise in data protection, privacy, intellectual property, internet governance, regulation and business law. Currently, her main focus is data – the digital stuff of life – and mechanisms for its control, transfer and analysis. She also maintains a strong research interest in patent law, with a number of publications in progress building on my PhD.

At the University of Cambridge, Julia has been a legal researcher on two pioneering tech-law projects, on a cross-appointment between the Faculty of Law and the Computer Laboratory. The principal project is the Cambridge Cybercrime Centre, which aims to redefine data sharing between industry and cybercrime researchers, setting best-practice standards in privacy, security, analytics and ethics. The second is Managing EveryThing, an impact-acceleration project on data control for ubiquitous computing environments (the ‘Internet of Things’), focusing particularly on the cultural sector, in association with a number of leading British institutions. Julia is also working on pan-European implementation of the ‘right to be forgotten’, patent issues in biotechnology, health and artificial intelligence, and Uber and regulatory arbitrage.

In addition to her work on data law and policy, Julia has nearly a decade of experience in intellectual property law. Julia's PhD at the University of Cambridge concerned the inventive concept in patent law. This built on her broader expertise in intellectual property developed in private practice at Minter Ellison Lawyers, during her master’s degree at the University of Oxford, and as speechwriter for the Director General of the World Intellectual Property Organization in Geneva.

Julia holds undergraduate honours degrees in law from the University of Western Australia and science from the Australian National University. She has worked on scientific research projects in medical genetics, environmental risk, biophysics and plant physiology, and she clerked for Justice Garry Downes AM when he was a judge of the Federal Court of Australia and President of the Commonwealth Administrative Appeals Tribunal. The latter position involved work on administrative law, intellectual property and national security.

Within Cambridge, Julia has been active in many centres and interdisciplinary initiatives, including the Centre for Intellectual Property and Information Law, the Centre for Business Research, the Centre for Law, Medicine and the Life Sciences, OpenPlant, the Technology and Democracy project, the Centre for Science and Policy, Cambridge Big Data, and the Public Policy Strategic Research Initiative, as well as being a member of St John’s College.

Julia is a firm believer in the importance of public engagement with research and in enabling access to the law for non-experts. One way of doing this is by exploring complex ideas in popular media. She has written extensively for the Guardian, where she was until recently a contributing editor and policy fellow and remain as a columnist on technology law and policy, as well as for Wired, Slate and IoN. In addition, she has a long-term project, Law Comics, to reinterpret iconic legal cases in graphic novel format.