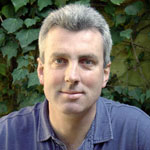 Professor Julian Allwood worked for ten years for Alcoa, prior to developing an academic career – initially at Imperial College, and from 2000 in Cambridge. In parallel with developing new flexible manufacturing technologies for shaping metals, he has built up a research group looking at environmental systems and production.

From 2009-13 Julian was funded by an EPSRC Leadership Fellowship, to explore ‘material efficiency’ – delivering material services with less new material. This led to publication in 2012 of the book Sustainable Materials: with both eyes open, which can be read online at www.withbotheyesopen.com.

In 2013 he became director of the UK INDEMAND Centre, one of six national centres looking at energy demand reduction in the UK, with a focus on industry. He also leads the inter-disciplinary BP-funded Foreseer programme looking at future resource stress; the NERC-funded Hosana project looking at mitigating mineral criticality; the EPSRC-funded Precision Guided Flexible Forming project on new metal forming technologies; and is a co-leader of the EPSRC-funded WholeSEM project creating a national whole-systems energy model for the UK. In total these projects have attracted funding of £18m and employ around 60 people at nine universities, around one third of them working with Julian in Cambridge.

Julian is a Lead Author of the Fifth Assessment Report of the IPCC with a focus on mitigating industrial emissions. He is also chairman of the metal forming section of the International Academy of Production Engineering CIRP, and joint editor-in-chief of the Journal of Materials Processing Technology.