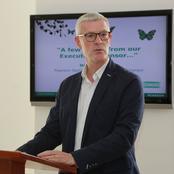 Mark is the lead partner for the UK & Europe for PrimeGenesis, which specialises in executive and team onboarding. He is also the Chair of London Metropolitan University, a non-executive director of the HE crowdfunding business Hubbub and an advisor to EDIA, the Amsterdam-based educational technology business.

Until recently, Mark was Senior Vice President for Growth in Pearson plc. From 2014-16 he was Managing Director of Pearson UK, and prior to that President for Strategy and Business Development for Pearson International.

Mark was educated in Surrey and then read English at Cambridge. He joined Pearson for the first time in 1984, initially as an editor, before becoming Literature & Linguistics Publisher. After taking an MBA at Ashridge Business School, he led a training business before moving in 1993 to work for Pearson's Asia business headquartered in Hong Kong. In 1995 he was appointed Managing Director of Pearson Professional Asia Pacific.

In a ten-year period away from Pearson, Mark worked first in Malaysia leading the Asia operation of a consumer business owned by KKR; subsequently returning to the UK where for five years he led the operations of Patientline plc, a business offering integrated TV and telephony within NHS hospitals.

He rejoined Pearson in 2007 as Development Director for the international assessment business, before launching the Pearson Test of English in 2009. He was appointed to his strategy and business development role in 2010, and in 2011-2012 was also President, Pearson Europe before assuming international leadership of Schools and Higher Education.

Mark is the author of The Leadership Book (FT Publishing, second edition 2013).