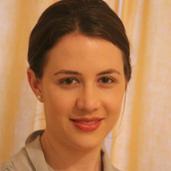 The UK Israel Tech Hub, which I direct, was set up by the FCO and UKTI as a pilot to build a partnership in technology between the UK and Israel, as a means to drive economic growth. In particular, we focus on how new innovative solutions are developed, identified and integrated into industry – and try to directly facilitate such processes between the business and scientific communities in both countries, resulting in partnerships which generate jobs, revenue and engines of future growth.

My time as a CSaP Policy Fellow was incredibly useful for this mission, on two fronts: learning about and discussing some of the latest thinking on innovation processes in the corporate and academic worlds; and experiencing the Cambridge cluster itself, as a model (or series of models) of links between technological innovation and business or commercial applications.

On the first front, I had the opportunity to engage with some of the cutting-edge academic thinking around key themes in the innovation debate today – “open innovation” and what it means for corporations; “frugal innovation” and its relevance for entrepreneurs and multi-nationals; changes in the venture funding ecosystem and views on the role of public funding and policy; transformations the manufacturing industry is undergoing with the onset of 3D printing and other developments; challenges the biomedical and energy industries are facing which will drive trends – and other new areas. As I spend most of my time speaking with businesspeople, entrepreneurs and policy shapers, the research perspective was critical, whether in validating or refuting claims I had heard, or opening up completely new avenues that will have a direct impact on the way my team operates.

On the second front, a week of immersion in the Cambridge cluster was an incredibly valuable experience. I met and learned about the components of the cluster ecosystem – academics, entrepreneurs, incubators, commercialisation efforts, companies, funders – and the links between themselves and outside the cluster. By the end of the week I realised that there are barely two degrees of separation between anyone in Cambridge… and had the chance to discuss both how some cluster elements may be replicated elsewhere, and where the challenges in trying to encourage development of new clusters or cross-cluster links may be.

Upon return from Cambridge, I shared some of my learnings in an informal seminar for my team, and then followed up with a visit of the team to Cambridge to continue discussions around potential cross-cluster links with Israel. I’ve also been following up individually with some of the researchers I met whose work is directly relevant to mine. Thank you for this tremendous opportunity.