Emeritus Professor of Historical Geography and Demography at Department of Geography, University of Cambridge 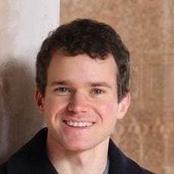 Emeritus Professor of Historical Geography and Demography, Department of Geography, University of Cambridge

Professor Richard Smith is the Emeritus Professor of Historical Geography and Demography, and is a Fellow of Downing College. After doing his BA at UCL and MA at the University of Oxford, he came to Cambridge to do his PhD. He worked at the University for 9 years, before taking up a position at Oxford. In 1994 he came back to Cambridge and has been her ever since. Between 2007 and 2012 he served as Head of Department at the Department of Geography, prior to taking up his current position.

Professor Smith's earliest research was on medieval English peasant inheritance practices and their impact on property exchanges and social and kinship networks. Subsequently his Interests extended to consider the problems of the use of manorial court rolls and taxation records for the analysis of medieval marriage patterns and practices.

His research while Director of the Wellcome Unit for the History of Medicine in the University of Oxford considered the interface between historical demography and the social history of medicine with a particular reference to the history of ageing and the structure of wealth flows within the family to and from the elderly as well as the significance of support systems for the elderly that were based on non-familial exchanges within communities.

More recently he has concentrated his research on the English Old Poor Law with a view to assessing its impact on infant and child mortality, susceptibility of communities to mortality crises associated with high food prices and labour mobility. The latter interests also overlap with an attempt to consider long-term changes in adult life expectancy (post-1300) with particular reference to the emergence of large urban centres and the role they played after 1650 as epidemiological drivers, particularly regarding exposure to infections and the development of immunities to infectious disease among adults. He continues to have an interest in the use of taxation records to assess late medieval population size and occupational structure in England.