Executive Director at Winton Centre for Risk and Evidence Communication 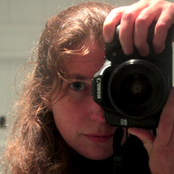 Alexandra Freeman is the Executive Director of the Winton Centre for Risk and Evidence Communication, a role she took up in 2016. She previously spent 16 years working for the BBC, primarily a producer and director for BBC Science. She worked on a number of popular series including "Walking with Beasts", "Trust Me I'm a Doctor" and "Climate Change by Numbers". Her work has won numerous awards, including a BAFTA and the AAAS Kavli gold award for science journalism.

Alexandra is passionate about bringing science to the widest possible audience. Along with working in television she has also helped develop content for computer games, social media and websites, as well as formal learning resources.