Professor of Public Law and Private International Law at Faculty of Law, University of Cambridge 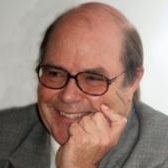 He is the author with the late Sir William Wade QC of Administrative Law (OUP, 11th ed, 2014) a standard work relied on and regularly cited as authoritative by students, scholars and judges across the common law world.

He is also the author of Private International Law (Juta & Co, 5th ed, 2012), an authoritative standard textbook on the Roman‑Dutch conflict of laws for students and practitioners; it is regularly relied upon by the courts in Roman-Dutch jurisdictions across Southern Africa.

Professor Forsyth has been and is involved in working with or advising governments over constitutional developments (including judicial review) in several (mostly Commonwealth) countries. He has also been involved in training civil servants in good decision-making in several jurisdictions. (For instance, on behalf of HMG he taught “Administrative Law and the Civil Service” on three courses held at the Civil Service College to train civil servants for the reformed South Africa.)

Professor Forsyth is also a part-time judge, sitting as a Recorder in the Crown Court and as a Deputy High Court Judge in the Administrative Court.