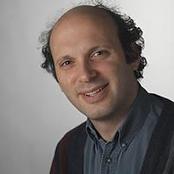 David Rubinsztein is Professor of Molecular Neurogenetics, Wellcome Trust Senior Research Fellow in Clinical Sciences, and Honorary Consultant in Medical Genetics at the University of Cambridge.

Professor Rubinsztein has MB ChB, BSc(Med) Hons and PhD degress from the University of Cape Town. He came to Cambridge in 1993 as a senior registrar in Genetic Pathology. During this period, he started working on Huntington's disease and developed an independent research group.

In 1997, he acquired his Certificate of Completion of Specialist Training and was awarded a 6-year Glaxo Wellcome Fellowship. In 2001 he was awarded an MRC Programme grant with Prof Steve Brown to identify and analyse modifier genes in Huntington's disease and a Wellcome Trust Senior Clinical Fellowship to further understand the biology of diseases caused by codon reiteration mutations.

His research, which is based in the Department of Medical Genetics in the Cambridge Institute for Medical Research, is focused on trying to understand the processes underlying the pathology in Huntington's disease and related conditions associated with intracellular aggregates. He is trying to use the understanding of the pathobiology of these diseases to develop therapeutic strategies and has a particular interest in autophagy in this context. His group use a range of approaches to address these aims, from cell biology to fly and mouse models.