Director of Immunisation at Department of Health and Social Care 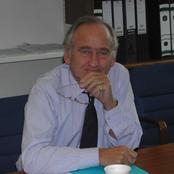 Professor David Salisbury is Director of Immunisation at the Department of Health, London, responsible for the national immunisation programme.

Professor Salisbury graduated from London University in 1969. He trained as a paediatrician at Oxford and at the Hospital for Sick Children, Great Ormond Street, London. He is a Fellow of the Royal College of Physicians, Fellow of the Royal College of Paediatrics and Child Health, and a Fellow of the Faculty of Public Health. He has an honorary Chair at Imperial College, London. Professor Salisbury was made a Companion of the Order of the Bath in the Queen’s 2001 Birthday Honours.

In addition to his UK responsibilities, Professor Salisbury works extensively for the WHO on the Global Programme for Vaccines. He is the Chairman of the WHO Strategic Advisory Group of Experts on Vaccines, Chairman of the European Region Certification Commission for Poliomyelitis Eradication, and is a member of the Eastern Mediterranean Polio Elimination Certification Commission, and the South East Asian Polio Elimination Certification Commission. He is an adjunct member of the Global Advisory Committee on Vaccine Safety and is a Liaison Member of the US Advisory Committee on Immunisation Practices and the US National Vaccine Advisory Committee. He is Co-chairman of the Influenza Pandemic Preparedness Group for the Global Health Security Action Group of G7 countries. He also chairs the European Vaccine Advisory Group for the European Centre for Disease Control and is a member of the Policy and Practice Committee of the Global Alliance for Vaccines and Immunization.

Professor Salisbury has written around 80 publications on immunisation and paediatric topics, he will be presenting Setting international immunisation policy and the role of SAGE.