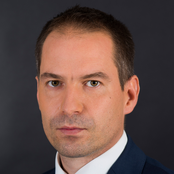 Dr. Péter Krekó is a political psychologist. He is the director of Political Capital and Associate Professor at ELTE University in Budapest. He is affiliated with two policy institutes in Washington DC, as a Reagan-Fascell Fellows at the National Endowment for Democracy and a Senior Fellow at the Central for European Policy Analysis. Before that, he was a Europe’s Futures Visiting Fellow of the Institute for Human Sciences (IWM) and Erste Foundation, and a non-resident Associate Fellow at the Johns Hopkins University SAIS Bologna Institute of Policy Research. During 2016-2017, Péter worked as a Fulbright Visiting Professor in the United States at the Central Eurasian Studies Department of Indiana University. The main focus of his interest is the political psychology and institutional background of disinformation, political tribalism and authoritarian influence. He defended his thesis on the social psychology of conspiracy theories at the ELTE University in 2014, and did his habilitation in 2020. He was the co-chair of the PREVENT working group at the EU Radicalisation Awareness Network (RAN) between 2013 and 2016, serving as a consultant for Commissioner Cecilia Malmström. He is the author of two books. The first is entitled The Hungarian Far Right, which was co-authored by Attila Juhász. The book was published by Ibidem Verlag in 2017 and it is being distributed by the Columbia University Press. His second book on fake news and conspiracy theories was published in Hungarian in 2018 and republishged in 2021m becoming a social science best-seller. He is a regular commentator in the leading international media, and published pieces, among others, in Foreign Affairs, Journal of Democracy, Financial Times, Newsweek, and Guardian. He is the owner of Political Capital Institute.

He is a frequent commentator of European and Central European issues in the leading international media. He published four pieces in the Foreign Affair so far, and one piece in Journal of Democracy. He writes pieces to Euobserver and Moscow Times regularly. He is a regular contributor of the Heinrich Böll Stiftung Europe Office’s Reconnecting Europe Blog. Beside the academic publications and think-tank studies, his comments and commentaries appeared in Guardian, Financial Times, The Economist, Guardian, Le Monde, Le Figaro, Der Spiegel, Washington Post, Newsweek, New York Times, Associated Press, Wall Street Journal, Der Standard, Voice of America, Time, Bloomberg. He was quoted several times by the New York Times, the Time Magazine, Washington Post, Financial Times the Economist related to Hungarian politics, illiberalism and Russian soft power influence in Europe. He delivered talks at the European Parliament, and he also gave presentations at the German Bundestag and the Czech Chamber of Deputies. He has an extensive network of several think-tanks in Europe and the United States via collaborative projects and delivered talks in prestigious universities and think tanks on both sides of the Atlantic.