Professor in Language Acquisition and Cognition at Department of Theoretical and Applied Linguistics, University of Cambridge 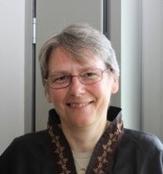 Professor in Language Acquisition and Cognition, Department of Theoretical and Applied Linguistics, University of Cambridge

Henriette Hendriks is Professor in Language Acquisition and Cognition at the Department of Theoretical and Applied Linguistics, University of Cambridge. Her research is on first and second language acquisition, and whether cognitive maturity has an impact on learning a second language. She is currently working with Professor Wendy Bennett on the MEITS project, with a focus on whether language acquisition is similar to acquiring other cognitive skills.

Henriette holds a PhD in Psycholinguistics and a Masters in Sinology and Linguistics, both from Leiden University. She spent a year abroad studying with Tianjin Nankai University, China, followed by a role as a translator and project co-ordinator for the Max-Planck Institute for Psycholinguistics. She has published multiple articles on languages in journals including Linguistics, Cognitive Linguistics, and the Journal of Foreign Languages.