Professor of Experimental Physics, Department of Physics, and PVC for Research at University of Oxford 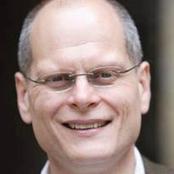 As well as being a Fellow of the Institute of Physics he was elected a Fellow of the Royal Society in 2012 for his contributions to quantum optics and ultrafast optics. He has held a number of leadership roles in the Optical Society of America, currently serving as President. Professor Walmsley was a member of the EPSRC Physics Strategic Advisory Team and was on the Max Planck Institute for Quantum Optics’ Science Advisory Board.