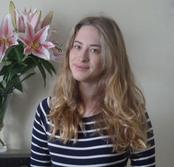 During the first year of my PhD I began debating whether or not I wanted a future in academia. I decided to investigate alternative careers outside of academic research – and so I applied for the BBSRC Policy Internship scheme. This led to me spending 3 months working at CSaP.

The team at CSaP were all incredibly welcoming, and it was a lovely atmosphere to work in. Being a small team meant that the work I did made a real impact within the Centre – and I felt like a valued member of staff rather than a short-term visitor. Rather than being assigned to a single project within the team, I was able to rotate through different schemes within CSaP and projects running throughout the office.

One of the programmes I was involved in was the Policy Fellowship scheme. I was tasked with organising meetings, and attending meetings with Policy Fellows both in Cambridge and London. Over the course of three months I moved from simply shadowing other staff members, to carrying out both kick-off and wrap-up meetings independently. The Policy Fellowships scheme also involves visits from Policy Leaders Fellows, and I was lucky enough to get a job bag-carrying for one of the Fellows – allowing me to sit in and listen to discussions between her and academics. In addition to this, a new Visiting Research Fellow, Baroness Bryony Worthington, came to Cambridge during my visit. I had responsibility for her meetings with academics – from drafting a list of potential researchers, to organising a schedule and logistics for her visits.

CSaP also runs Policy Workshops throughout the year. Organising these workshops requires a lot of organisation behind the scenes. Part of my role within CSaP was to help organise several of these events, including workshops on Housing Policy and a Professional Development Workshop for Early Career Researchers about Science Policy. I also was able to help run workshops on Food Security, Ageing and a symposium on Cloud Computing. The majority of these workshops were in fields that I have little interaction with in my day-to-day life. This provided a challenge to be able to follow discussions and write reports on new information out of my comfort zone.

One of the highlights of my internship was the visit of Professor Steven Chu, a Nobel Prize-winning physicist who visited Cambridge to give the Dr S T Lee Lecture. Organisation for this was handed to me, and within my ‘bag-carrying’ role I was then able to spend the day with Professor Chu, allowing me to hear some really interesting conversations about climate change, as well as a chance to chat to him individually.

My three months working at CSaP was a really valuable experience. I have learned an incredible amount about government and science policy, and had some great experiences that I wouldn’t have been able to reach as part of my PhD. CSaP puts a big emphasis on networks, and interns are no exception to this. The best part of the internship has to be the people I’ve met, both in a professional capacity, and those I’ve worked with in the CSaP team.

As my PhD finished in 2016, I reflected on the past four years, including my time at CSaP, and realised that policy was the career that I wanted to follow. Many of the civil servants that I’d met in those three months at CSaP had been really interesting and enthusiastic – and as part of the CSaP network I have been able to meet even more in the years since.

I was lucky enough to earn myself a place on the Civil Service Fast Stream in September 2017 – and so have officially taken my place in Whitehall. My first role is in BEIS, working on Nuclear Fusion policy, an area with strong links to Europe, and so with its own share of Brexit implications. I’ve only been in the role for three months so far – but am really enjoying my first post as a civil servant – and look forward to seeing where this new career takes me next.