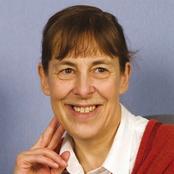 Professor Dame Janet Thornton has had a distinguished career as a leading researcher in structural bioinformatics. Through her career she has been involved in developing many of the tools and approaches which are now used worldwide for analysing protein structures and sequences, such as the CATH Protein Structure Classification system for the classification of protein domains.

Professor Thornton is the head of the Thornton Group, now based at the European Bioinformatics Institute in Cambridge. The group develops and uses novel computational methods to visual and analyse proteins on a molecular level. Their research aims to increase our understanding of how enzymes perform catalysis, how these molecules recognise their appropriate ligands and how proteins and organisms have evolved to create life.

Her group’s current research interests include

Prior to her current role, Janet undertook a Fellowship in 1973 at Birkbeck College, University of London before becoming the Professor and Director of the Biomolecular Structure and Modelling Unit in the Department of Biochemistry and Molecular Biology at University College London. She was later appointed the Bernal Chair of the Birkbeck Crystallography Department.

Professor Thornton was elected a Fellow of the Royal Society in 1999 and received her CBE in 2000. She is a member of both the European Molecular Biology Organisation and of the US National Academy of Science.