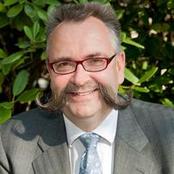 Early in 2012, I returned to Germany after working in the UK for 23 years – including eight years as Keeper of Botany at the Natural History Museum in London – to take up a joint role as Director General at the Museum für Naturkunde and Professor of Biodiversity and Public Science at Humboldt University. Because of my long-standing professional and personal interests in biodiversity science/policy interactions, I was drawn to CSaP early on, as a professional organisation that wants to use the best science to inform policy.

In May 2012 CSaP hosted a superb workshop Biodiversity, Science and Policy, focusing on the Intergovernmental Science-Policy Platform on Biodiversity and Ecosystem Services (IPBES), a global behemoth set on defining the scope and purpose of biodiversity for decades to come. Some may consider IPBES sufficient for single-handedly doing all that is needed to preserve life on earth, including our own; but others believe the protection of biodiversity requires diverse stakeholders, innovative models of public participation and open scientific dialogues.

The workshop developed several propositions – such as the need for both global and local solutions, and to recognise different kinds of knowledge – which were quickly taken up by the scientific establishment, resulting in a Commentary and Editorial for Nature and an International Museum Fellowship grant by the German Federal Cultural Foundation.

The ideas developed through CSaP discussions are now strongly influencing two new developments: my appointment as vice-chair of the Bioeconomy Council, advising the German Government on the re-structuring of the German economy towards a greener, sustainable and biobased economy by 2030; and EU-BON, a five-year €9M EU grant, led by the Museum für Naturkunde on behalf of 25 European and global partners (including CSaP), which will establish a common platform for biodiversity observation and monitoring.

Robust science, relevance and strong partnerships are key to the success of such developments, and thus being part of such an excellent venture as CSaP is vital for success.