Professor of Computational Logic at Department of Computer Science and Technology, University of Cambridge 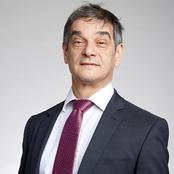 Lawrence Paulson FRS is Professor of Computational Logic at the University of Cambridge, where he has held established positions since 1983. His field is formal verification, which is the use of computer software to demonstrate the correctness of mathematical statements using deductive logic. Formal verification can be applied to many application areas, and very recently, people have started applying it to finance.

He has written nearly 100 refereed conference and journal papers as well as four books. He introduced the popular [Isabelle] theorem proving environment in 1986, and made contributions to the verification of cryptographic protocols, the formalisation of mathematics, automated theorem proving technology, and other fields. Specific accomplishments include a formal analysis of the ubiquitous TLS protocol, which is used to secure online shopping, and the formal verification of Gödel's second incompleteness theorem. In 2008, he introduced MetiTarski, an automatic theorem prover for real-valued functions such as logarithms and exponentials.

Lawrence has supervised over 20 postgraduate students and numerous postdoctoral researchers. He has the honorary title of Distinguished Affiliated Professor from the Technical University of Munich and is an ACM Fellow and a Fellow of the Royal Society.

He holds a PhD in Computer Science from Stanford University, and a BSci in Mathematics from the California Institute of Technology.

Photo of Lawrence Paulson by the Royal Society licensed under CC BY 4.0