Director of the Jerry Lee Centre for Experimental Criminology at Institute of Criminology, University of Cambridge 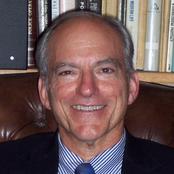 Director of the Jerry Lee Centre for Experimental Criminology, Institute of Criminology, University of Cambridge

Lawrence W. Sherman is Director of both the Jerry Lee Centre for Experimental Criminology and the Cambridge Police Executive Programme, which offers postgraduate degree and non-degree courses on evidence-based policing to police leaders and crime analysts from around the world.

His research interests are in the fields of crime prevention, evidence-based policy, restorative justice, police practices and experimental criminology. He has conducted field experiments, for example, on finding more effective ways to reduce homicide, gun violence, domestic violence, robbery, burglary, and other crime problems, in collaboration with such agencies as the Metropolitan, Northumbria and Thames Valley Police, London’s Crown Courts, HM Prisons, the Crown Prosecution Service, the Youth Justice Board of England and Wales, and the National Probation Service, as well as 30 US police agencies and the Australian Federal Police. Since 1995, he has been co-directing a program of prospective longitudinal experiments in restorative justice involving some 2500 offenders and 2000 crime victims. Since 2005, he has been developing new tools for predicting murder among offenders on probation and parole in Philadelphia, as well as randomized trials of intensive services among highest-risk offenders.