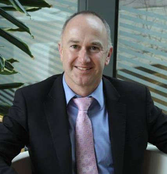 Michael Parsons is Bursar at Christ’s College, Cambridge. He studied Natural Sciences and Computer Science at Christ’s, before qualifying as an accountant (CIPFA). He has held a number of executive and non-executive positions in the wider public and charitable sector.

Mike previously held the role Director General, Capabilities and Resources (Chief Operating Officer) at the Home Office. Joining the Home Office in February 2013, Mike led the consolidation of corporate functions within the department following the ending of the agency status of UKBA and HMPO. During this time he led the HO Spending Review 2015, securing significant change investment to support HO Transformation, oversaw the establishment of the HO Digital function alongside a strengthened Technology function, increased the professionalism of Commercial activity, and agreed a reconfiguration of HO Science activity with MOD.