Professor of Signal Processing at Department of Engineering, University of Cambridge 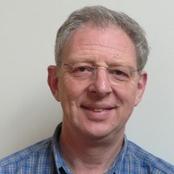 Professor of Signal Processing, Department of Engineering, University of Cambridge

Professor Nick Kingsbury is Professor of Signal Processing in the Department of Engineering at the University of Cambridge. He received an honours degree in 1970 and a PhD. degree in 1974, both in electrical engineering, from Cambridge. From 1973 to 1983 he was a Design Engineer and subsequently a Group Leader with Marconi Space and Defence Systems, Portsmouth, specialising in digital signal processing and coding, as applied to speech coders, spread spectrum satellite communications, and advanced frequency hopping radio systems.

In 1987 he was awarded the Marconi Premium by the IEE for work on error-resilient speech compression, and in 1992 and 1993 two of his students were given the Best Student Paper award by the SPIE at the Visual Communication and Image Processing Conferences, Boston, for papers on Motion Estimation using Lapped Transforms and on Human Visual Sensitivity to Image Distortions. Since 2000, he has acquired international recognition resulting from his work with Dual-Tree Complex Wavelet Transforms and his current work is based around application of these ideas to many image enhancement and vision understanding problem areas.