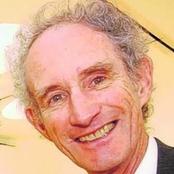 Robert, Lord May of Oxford, OM AC Kt FRS, holds a Professorship at Oxford University and is a Fellow of Merton College, Oxford. He was President of The Royal Society (2000-2005), and before that Chief Scientific Adviser to the UK Government and Head of the UK Office of Science and Technology (1995-2000).

He is also, amongst others things, a member of the UK Government’s Climate Change Committee (an independent body established by the Climate Change Bill, to advise on targets and means of achieving them), a Non-Executive Director of the UK Defense Science & Technology Laboratories and until recently Chaired the Trustees of the Natural History Museum. His career includes a Personal Chair in Physics at Sydney University aged 33, Class of 1877 Professor of Zoology and Chairman of the Research Board at Princeton, and in 1988 a move to Britain and Oxford as Royal Society Research Professor. Particular interests include: (i) how populations are structured and respond to change, particularly with respect to infectious diseases and biodiversity; (ii) the structure and dynamics of ecosystems (and – more recently – other networks, such as banking systems), with particular emphasis on their response to disturbance, natural or human-created He was awarded a Knighthood in 1996, and appointed a Companion of the Order of Australia in 1998, both for “Services to Science”.

In 2001 he was one of the first 15 Life Peers created by the “House of Lords Appointments Commission”, which was established as an independent mechanism for appointing non-party-political Peers following the removal of the voting rights of hereditary Peers. In 2002, The Queen appointed him to the Order of Merit (the fifth Australian in its 100-year history). His many honours include: the Royal Swedish Academy’s Crafoord Prize (bioscience and ecology’s equivalent of a Nobel Prize); the Swiss-Italian Balzan Prize (for “seminal contributions to [understanding] biodiversity”); and the Japanese Blue Planet Prize (“for developing fundamental tools for ecological conservation planning”).

He is a Foreign Member of the US National Academy of Sciences, an Overseas Fellow of the Australian Academy of Sciences, and an Honorary Fellow of the Royal Academy of Engineering and several other Academies and Learned Societies in the UK, USA and Australia. In 2007 he received the Royal Society’s Copley Medal its oldest (1731) and most prestigious award, given annually for “outstanding achievements in research in any branch of science”.