Non-Executive Director and Advisory Board Member at LinkedIn 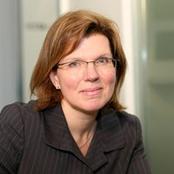 Angel Investor, Non-Executive Director, and Advisory Board member of LinkedIn

As an angel investor, she works with entrepreneurs to solve problems that matter and specialises in consumer internet, information services and education. She has made angel investments in more than 40 companies and holds investments in 2 venture capital firms. She was voted by TechCrunch as the best CEO mentor / advisor in Europe in Nov 2010. In May 2011, she was voted by Wired magazine as one the top 25 'most influential people in the wired world', and one of the top ten most influential investors and women.

As an entrepreneur, Sherry was founder of two businesses in the financial services industry. The first (acquired by Euromoney plc) has operations in more than 70 countries. The second, which she was CEO and chairman for was responsible for the first e-commerce transaction in the financial services industry in Oct 1995. She floated the company in 2000 (on London and Nasdaq) and was valued at more than $1 billion before being acquired (by AMP plc). It was the most over-subscribed IPO on the history of the market at the time. Prior to this, she had executive roles with Accenture, Coopers & Lybrand Deloitte, and the LEK Partnership.

Philanthropically, she helped found the Prince's Trust Technology Leadership Group, is a member of the venture board of Cancer Research UK and serves on the Harvard Business School European Advisory Council. Sherry has an MBA from Harvard, an MSc (with distinction) from the London School of Economics, and a BA (Hons with distinction) from the University of British Columbia, Canada. She was appointed Commander of the Order of the British Empire (CBE) for services to entrepreneurship in the New Year's Honours List 2013.