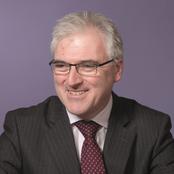 One of the most powerful things about the CSaP Policy Fellowship is that it provoked me to ask questions that I would not have otherwise considered. Almost immediately you find yourself engaged in conversations which are interactive, hugely relevant and valuable.

One example was the conversation I had with Andy Parker (Professor of High Energy Physics, Cambridge). A throwaway question from me, ‘what’s the theoretical maximum information you can get down a piece of copper?’ prompted the immediate response from Andy, ‘have you heard of Spintronics?’ This is a fiendishly clever idea – probably not yet ready to be used at the macroscopic level – to encode information using the angular momentum of electrons.

Our conversation led to a workshop with Cavendish academics and my technical researchers, to consider new ways you can apply fundamental physics to delivering higher speeds over greater distance—a question that has huge purpose and significance, not only for customers and the nation but also for GDP since the economic value of businesses is linked strongly to their connectivity. Subsequent to that we’re looking at funding PhD students, and we have submitted joint proposals for EPSRC funding to support ongoing work.

BT is a global organisation operating in many markets and sectors. One of the topics I was interested in when I embarked on the Fellowship was the Internet of Things, and how we could move towards becoming an enabler and purveyor of insight. One meeting I had with architecture professor, Ying Jin, helped me think about how we live together, why cities are the way they are or how they could be in the future. When I think about a smart city I come to it from a telecoms perspective, inevitably thinking about bits and bytes and how to connect things. However, this novel perspective which places people at the heart of the city provoked me to rethink the kinds of environments people will want to live and work in.

Even for a company like BT which has very established links and a 30-year relationship with Cambridge, the diversity of the University is breathtaking but also difficult to navigate. While BT has a solid base in Cambridge, CSaP’s ability to augment that with its high impact, highly efficient network allows us both to deepen ongoing relationships and add new parties.