Head of Secretariat and Project Office at HM Treasury 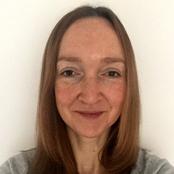 Vicky Robb is currenlty working on the Dasgupta Review on the Economics of Biodiversity, as Head of Secretariat for the Review team in HM Treasury. Victoria has substantial experience delivering public policy and regulatory reforms in Government on public spending, long term rail and transport strategies, and public-private finance partnerships. She has led Treasury work on exit reforms, and managed the stakeholder relationship with the Cabinet Office Efficiency Group. Her academic interests are in climate system feedbacks and environmental change, and the impact for public policy.

Since 2011 she has worked in the HMT Public Spending Group on Civil Service pay reform (including specialist pay, and wider public sector compensation). She has provided support to the Chief Secretary in his role as joint Chair of a Parliamentary Committee on Efficiency and Reform, briefing on a range of issues including management of government assets, digital public services, and major projects delivery reform. She has also been a member of the Treasury Major Infrastructure Tracking steering group, working on aligning major project intelligence and approvals processes for top 15 infrastructure investments.

From 2005-11 Vicky worked in the Department for Transport, first as Head of Longer Term Planning, Rail and Transport Strategy, and subsequently as Private Secretary and Head of the Permanent Secretary’s Office. As well as an earlier stint at HM Treasury (as Economic Adviser, Finance, Regulation and Industry Group), her previous career included roles at the Securities and Investments Board and the Bank of England.

Vicky holds a BSc in Geosciences from the Open University, an MSc in Economics from Birkbeck College, University of London, and a BSc in Biology and Geography from Exeter University.