Senior Lecturer at Department of Plant Sciences, University of Cambridge 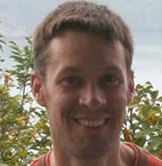 Dr Julian Hibberd’s research concentrates on the evolution and assembly of photosynthetic apparatus in plants. In particular, he focuses on leaves undertaking C4 photosynthesis; an adaptation of the more common C3 photosynthesis, which is seen in the vast majority of plants.

C4 leaves have higher photosynthetic capacities than C3 leaves, and as a consequence, C4 crops are the most productive on the planet. They are therefore targets for future food and fuel needs. In collaboration with the International Rice Research Institute in the Philippines (IRRI), Dr Hibberd and his team are particularly interested in placing components of the C4 pathway into rice in order to increase yields of this critical crop. He is part of a major international consortium that has formed in order to initiate work on making C4 rice.

His research in this area uses techniques including molecular cloning, the use of molecular genetics and mutants to discover gene function, imaging of GFP-tagged proteins to determine cellular and subcellular location, using epifluorescence or laser confocal scanning microscopy and using infra red gas analysis and pulse modulated fluorimetry to investigate different photosynthetic abilities.

His research interests include