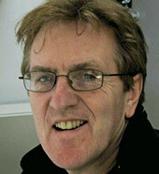 A psychologist with a special interest in the role of language in the classroom and the development of children's thinking, he regularly contributes to professional development activities for local authorities and schools. One of the main outcomes of his research has been the teaching approach called Thinking Together, created with Lyn Dawes, Karen Littleton and Rupert Wegerif, which has been shown to improve children's skills in communicating, learning and reasoning. His research has also included studies of the use of educational technology, such as recent work with Sara Hennessy, Ruth Kershner and Paul Warwick which looked at the use of interactive whiteboards in primary and secondary schools. Other research has dealt with aspects of distance education and work-based training

Neil Mercer has served as a consultant to several British government education departments and agencies, and the outcomes of the Thinking Together research programme were incorporated into the National Strategies for primary and secondary education and, more recently, the Teaching and Learning Toolkit of the Educational Endowment Foundation. He has been a member of the Research Grants Board of the Economic and Social Research Council, the Executive Committee of the European Association for Research in Learning and Instruction and the international conference organising committee for the International Society for Cultural and Activity Research. He has also been a Link Coordinator for the British Council's international Academic Exchange Programme, has contributed to the ESRC's Joint Research Capacities Building programme and is a member of the ESRC Review College. He was a member of the central advisory group for the National Year of Communication 2011. In 2012 he became a Honorary Fellow of the University of Cumbria, awarded for contributions to teacher education; and in 2014 he was appointed as a Visiting Fellow of the English Language Institute of Singapore. His 1987 book Common Knowledge (with Derek Edwards) has been re-issued as a Routledge Revival.