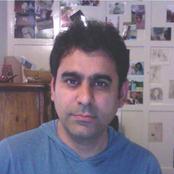 Akshay Kaul is Partner, Commercial in the Networks Division at Ofgem. He was previously a Project Director in Infrastructure UK, a specialist unit within HM Treasury responsible for improving the long-term planning, prioritisation, finance and delivery of economic infrastructure in the UK.

Within Infrastructure UK, Akshay directed energy and transport projects. He has been involved in the design and delivery of electricity market reform, the competition for carbon capture and storage, the development of the new nuclear energy programme, the reform of the strategic roads network and regeneration projects such as the Northern Line extension to Battersea Power Station in London. He also directed the production of the National Infrastructure Plan 2011.

Prior to joining Infrastructure UK, Akshay worked for ten years with Partnerships UK, a joint venture between HM Treasury and the private sector, on the delivery of projects in the transport, health, education and housing sectors under the Government’s private finance initiative. He started his career in India, where he worked in investment banking and project finance for an infrastructure bank and project developer. Akshay studied economics, finance, management, and bioscience, at the London School of Economics, the universities of London and Delhi, and the Indian Institute of Management.