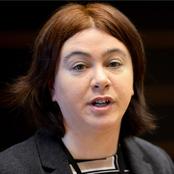 Alex Mayer was a Member of the European Parliament for the East of England from 2016-2019. She sat on the European Parliament's Committee on Economic and Monetary Affairs. Before becoming an MEP she worked across the East of England as chief of staff for Daniel Zeichner MP, for the British Heart Foundation and the environmental campaigning organisation SERA. She is a member of the GMB and UNISON trade unions and is a life member of English Heritage and the National Trust. She is a member of the Labour Party’s National Policy Forum and can be found on Twitter as @alexlmayer.