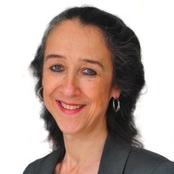 Consultant Child and Adolescent Psychiatrist at the Whittington Hospital

Dame Jane Roberts has experience in clinical practice, academia and as a politician. She is a Consultant Child and Adolescent Psychiatrist at the Whittington Hospital, having served as Medical Director at Islington Primary Care Trust from 2002 to 2006, and Director of Quality and Performance from 2006 to 2010, also at Islington Primary Care Trust. She has published academic papers in the fields of paediatrics and psychiatry, and was co-editor of and a contributor to ‘The Politics of Attachment’ (Free Association Books, 1996).

From 1990 to 2006, she was a Councillor for the London Borough of Camden, where she served as Leader of the Council from 2000 to 2005. She chaired the Councillors Commission for the Department of Communities and Local Government from 2007 to 2009. Since 2013, Dame Jane has been Chair of the think tank, New Local Government Network.

Dame Jane is a Visiting Fellow at The Open University, where she has been undertaking research on the loss of political office. A report, ‘Losing Political Office’, was published in February 2015. She is currently a trustee of the Institute of Public Policy Research (IPPR), a member of the Governing Body of the Public Policy Institute for Wales and of Dr Foster Ethics Committee.