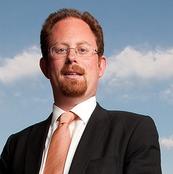 Julian Huppert is the Founding Director of the Intellectual Forum, which is aimed at covering the widest range of academic interests across Jesus College, Cambridge, and a former Liberal Democrat Member of Parliament for Cambridge (2010-2015).

Unlike most MPs he has a science background, having been an active researcher at the Cavendish Laboratory studying biophysics and bioinformatics of nucleic acids. His political interests include science policy, innovation, human rights, technology policy, immigration, education, transport and climate change. As an MP he chaired the Humanist Group, an all-party parliamentary group, and was vice-chair for Local Government and for Digital Economy; he also sat on the Home Affairs Select Committee.

Julian gained his PhD in Biological Chemistry at Trinity College Cambridge in 2005. He was elected a Junior Research Fellow of Trinity in 2004, became a fellow of Clare College in 2009, and a lecturer in the Department of Physics in 2012.

During his eight years serving as a County Councillor for Cambridge's East Chesterton area, Julian helped open Brown's Field Community Centre, chaired the Cambridge Traffic Management Committee and served on the Regional Assembly. He has also set up a very small biotech company, winning a DTI SMART award for innovation.