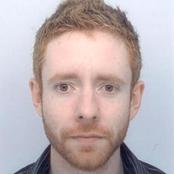 Mark Simmonds was previously researcher to the UK Shadow Cabinet Office Minister, Chi Onwurah MP. At the time, Chi Onwurah was the Labour Party’s spokesperson on cybersecurity, social entrepreneurship, civil contingencies and open government and transparency, and was for two years the Shadow Minister for Innovation, Science and Digital Infrastructure.

Mark is interested in technology (particularly the limits of cybersecurity), digital infrastructure, and the role they play in economies. He has also carried out research into the role of Government in building and sustaining national innovation systems.

He was previously a Policy Officer at the Regional Development Agencies’ Secretariat, focusing on innovation. Prior to that, he was a Business and Systems Analyst at the Dreyfus Corporation, part of the Bank of New York Mellon in the USA. He is a graduate of Newcastle University.