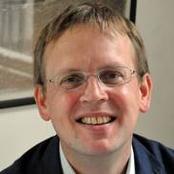 Director, The Institute for Policy Research (IPR), University of Bath

Nick rejoined IPPR in September 2010 after two years as head of the Policy Unit at No 10. An author and regular commentator on public policy in broadcast and print media, Nick writes on a wide range of issues, from social justice, public service reform and identity politics to the future of social democracy. His books include Politics for a New Generation (2007), Social Justice: Building a fairer Britain (2005), Tomorrow's Citizens (1999) and Wasted Youth (1998). He is a co-editor of Juncture, the journal of political ideas.

In January 2014 he gave a Warwick University Distinguished Lecture on the subject of political leadership in the post democratic age and in September 2013 contributed a chapter on spending and welfare to the 30th British Social Attitudes report.

In addition to running the Downing Street Policy Unit, Nick has worked as an advisor in the Home Office, the Cabinet Office and the former Department for Education and Employment. He was formerly chair of the advisory board to the UK Chief Scientist's Foresight Programme and served on the Equalities Review and the Teaching & Learning 2020 Review. He is an honorary fellow of the Royal Institute of British Architects, sits on the board of the RIBA Trust, and is a member of the UK-India Roundtable. He was educated at the universities of Manchester and Oxford.