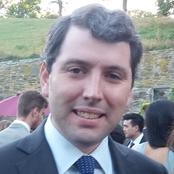 Oliver has been a civil servant for 10 years, mainly dealing with Security, Counter Terrorism and Immigration issues. He has served in a range of different roles, included the Private Office of the Immigration Minister (2009 – 2010), The Office for Security and Counter Terrorism (2011 – 2012), British Embassy Moscow (2012 – 2014), British Deputy High Commission Mumbai (2014 – 2015) and Intelligence Policy Department in the FCO (2015 – 2016). Since December 2016 Oliver is undertaking full time Arabic language training ahead of future postings. He is an enthusiastic but talentless club cricketer and a keen hill walker.