at Ministry of Housing, Communities and Local Government (MHCLG) 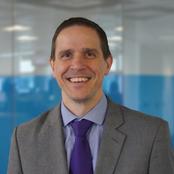 Government has always been done “by the numbers”. From the thirteenth-century Chancellor of the Exchequer counting his jetons on a black and white chequered sheet to the 1941 survey of “foundation garments” (commissioned by a War Ministry worried that demand for corsets was contributing to a nationwide steel shortage) the Government has always needed to understand the scale and dimensions of its remit.

Yet despite this long history of measurement, analysis and prediction, the record of successive administrations has been less than impressive. As Josiah Stamp, a senior civil servant from the early twentieth century observed: “Governments are very keen on amassing statistics. They collect them, add them, raise them to the nth power, take the cube root and prepare wonderful diagrams. But you must never forget that every one of these figures comes in the first instance from the village watchman, who just puts down what he damn well pleases.”

Throughout my own career in the civil service I have been fascinated by the use and abuse of numbers in Government. So when the chance arose to explore these issues with some of the best brains in Cambridge, it was not one to miss! My own fellowship is based around two core lines of enquiry:

I wanted to explore things like: how can governments best exploit citizen- generated data? how can citizens best exploit open public data? where data and analysis lets us down, how can we draw on “the wisdom of the crowds”? are there lessons we can learn from history and literature? and what is the potential for self-government through technology?

My fellowship started with a very intense five days exploring these issues with thirty of the country’s leading historians, computer scientists, economists, theologians and dramaturgs. The conversations I had were deep and powerful, a helter-skelter mix of insight and serendipity, that often led me to new and surprising lines of enquiry.

But it’s not just about interesting discussions in picturesque surroundings. The connections I made have proved just as useful back at the office. I was delighted to host a highly successful “Science Day” for my department, bringing in experts from Cambridge and beyond to explore the role that science and technology can play in tackling policy challenges ranging from fracking and urban design to social care and waste collection. And I was equally delighted when the Smith Institute for Industrial Mathematics agreed to sponsor an investigation into “business rates pooling” at the 91st European Study Group with Industry in Bristol. From high-brow dialogue to real-world problem solving: this for me is the genius of the Policy Fellowship Programme.