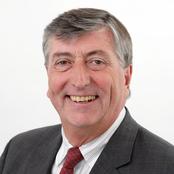 Sir Robin Young has spent most of the last 31 years in the Civil Service. From 1998-2005, he was Permanent Secretary, first in the Department of Culture, Media & Sport, and since 2001, in the Department of Trade & Industry. He has worked in three other departments of state, has extensive experience of government decisionmaking, its relationship with business and local government issues. He currently serves as Chairman of Circle Anglia.

From June 2001 to March 2005, Sir Robin was Permanent Secretary at the DTI. He reviewed and reorganised the Department, focussing on stakeholder relations, influencing in Whitehall and Brussels and reducing staff numbers by 25%. Whilst there, he built new partnerships with business organisations and with the Regional Development Agencies and worked closely with business leaders on PLC governance issues, including Higgs and executive pay.

Prior to that, he was Permanent Secretary at DCMS where he oversaw the transformation of DCMS sectoral and Lottery policies, and instigated a new outward-looking and outcome-based relationship with 60 quangos. He worked closely with DTI on the preparation of the Communications White Paper.

Between July 1997 and May 1998, he was Head of Economic and Domestic Affairs Secretariat, Cabinet Office where he coordinated Cabinet Committee business, and advised the Prime Minister, on the full range of economic and domestic issues. This involved extensive dealings with all domestic Government Departments at senior levels, close working relations with the No 10 Policy Unit and Private Office, and achieving the trust and confidence of the Prime Minister, Deputy Prime Minister and Chancellor of the Exchequer who chair relevant Committees and Ministerial groups. He was lead secretary of PX, the Committee overseeing the comprehensive spending review and he set up and oversaw the Social Exclusion Unit.

From April 1994 to June 1997 he was First Director of the Government Office for London, charged with integrating the regional offices of DOE, DTp, DfEE and DTI and pursuing the London governance agenda, including (in May/June 1997) preparation of a Green Paper on the elected mayor and assembly for the new Government.

During the 1980s he was Principal Private Secretary successively to Patrick Jenkin, Kenneth Baker and Nicholas Ridley at the Department for the Environment.

Since leaving the Civil Service, he has developed a wide portfolio of interests including Deputy Chairman Dr Foster Ltd, Chairman of Dr Foster Intelligence Limited and Board Member EEI (East of England International).

He was educated at Fettes College, Edinburgh and at University College, Oxford where he graduated in the Classics. He is 57, married with two step-children aged 23 and 18, and lives in London and Cambridge.