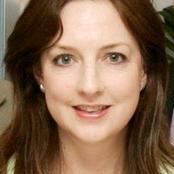 Dr Stephanie Eaton was Head of Research and Innovation at Amey from 2014 to 2017, and has been a member of the Scientific Advisory Committee on the Medical Impacts of Less Lethal Weapons (SACMILL) at the Ministry of Defence since 2012.

Previously she was Director of Teaching and Learning in the School of Psychology, Criminology and Sociology, Kingston University, London (2005-14). Prior to this she worked at the National Police Leadership Centre (now The College of Policing) and was a consultant to HM Prison Service, Ministry of Defence and HM Foreign and Commonwealth Office on post-conflict reconstruction of criminal justice in Iraq.

Stephanie served as an Elected Councillor in the London Borough of Tower Hamlets from 2006 to 2014, where (among other roles) she was a member of Overview and Scrutiny Committee and chair of the Health Scrutiny Panel. She is now a serving Magistrate (Justice of the Peace) in the east London Criminal Justice Area.