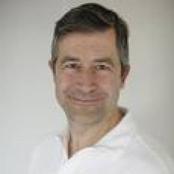 Dr Adam C Cooper is an applied interdisciplinary social scientist with over 10 years direct experience of the UK Civil Service. His focus is on the use of technical advice for (mainly energy) policy, and developing new field methods for socio-technical research. Adam has been a lecturer in social science and public policy at STEaPP since September 2013. Prior to joining UCL he was the Head of Social Science Engagement at the UK government Department of Energy and Climate Change from 2011. While there he set up the first Whitehall Social Science Expert Panel, joint with Defra, and developed the department’s first Evidence Strategy. Between 2006 and 2011 Adam was the Head of Research at the Department of Culture, Medial and Sport, where he led the Culture and Sport Evidence Programme – an interdisciplinary strategic programme of research and analysis aimed directly at informing cultural policy. He joined the UK Civil Service in 2002 working first in the area of child poverty, before working on analysis to support the workforce development strategy for the children’s social care. He started his career as an academic at Birmingham University working in the field of cognitive neuropsychology, where he published several peer-reviewed articles. Adam holds a PhD in Cognitive Neuropsychology from Birmingham, an MSc in Cognitive Science and Natural Language from Edinburgh and a BSc in Psychology from Stirling.