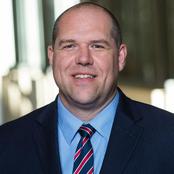 Hans joined RAND as a policy analyst in 2002 and continues to lead and deliver research projects, particularly around industrial economics and security policy issues. He has held a range of senior leadership positions in RAND Europe, including directing RAND’s European defence and security research portfolio as well as heading RAND Europe’s efforts to grow and diversify into new research areas.

Prior to joining RAND, Hans served as an engineer officer in the United States Army with responsibility for logistics, personnel, and operations and overseas service in the United Kingdom, South Korea, and Germany. He also led the emergency power response team at the Pentagon in the aftermath of 9/11.

A mathematics graduate of the United States Military Academy at West Point where he commanded the United States Corps of Cadets as a senior and played on the (American) football team, Hans also holds advanced degrees in mathematical modelling and modern history from Oxford University, which he attended as a (George C) Marshall Scholar.