Researcher at Department of Psychology, University of Cambridge 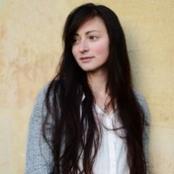 Laurie Parma is a Researcher in the Department of Psychology at the University of Cambridge. She is currently part of a project with the Cambridge Conservation Initiative researching the link between well-being and biodiversity. This has led to the development of a new app called NatureBuzz, which captures the well-being of users and their environment. She is also interested in behavioural economics, and developing well-being guidance.

Laurie holds an MSc in Neuroscience, and a BSc in Biology, both from the University of Bordeaux. Her research has previously focused on how yoga benefits physical and mental health and wellbeing, which included leading one of the largest studies on the subject.