DBT-Cambridge Lecturer at Department of Plant Sciences, University of Cambridge 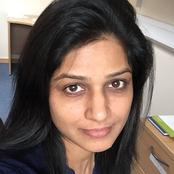 Gitanjali Yadav is a DBT-Cambridge Lecturer in the Department of Plant Sciences at the University of Cambridge, and a Staff Scientist at the National Institute of Plant Genome Research based in Delhi. Her research focuses on plant communication mediated by phytochemicals, using knowledge based Big Data approaches like genomics, Geo-spatial imaging and species distribution modeling. She is particularly interested in exploring the role played by volatile organic compounds in mediating biological invasions by alien plant species, better known as the 'Novel Weapons Hypothesis'. Her research has been published in multiple journals, including the Nucleic Acids Research, BMC Biology and PloS.

Gitanjali has received several awards, including the Hamied Fellowship Award from the University of Cambridge, as well as the INSA Medal for Young Scientists (Biochemistry & Biophysics) from the Indian National Science Academy, and the Women Excellence Award from the Science and Engineering Research Board, India. She holds a Ph.D. from the National Institute of Immunology, a Master's degree in Biomedical Research and a B.Sc.(Honors) in Botany, from the University of Delhi.