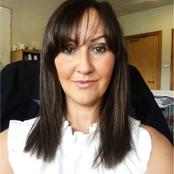 Linsey Farrell graduated from Queen’s University, Belfast in 2002 with an LLB Hons and continued her studies at University of Ulster in 2010 when she gained an MBA with Distinction. Linsey began her career in the NICS as a Graduate Staff Officer and progressed to the SCS in 2014, when she took up post as the Director of Good Relations in the Executive Office.

Linsey took up her current role as Director of Urban Villages, Racial Equality & Communities in Transition in July 2016.