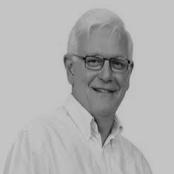 Neil Gough is currently an advisor to Bain & Company in South Africa focused on the energy and telecommunications space, and a Visiting Fellow at Cambridge Judge Business School.

Until January 2016 he was based in South Africa working for Vodacom, a JSE listed telecommunications company with a market capitalisation of over $20 billion. Neil was the Chief Officer, Strategy and Business Development, responsible for directing and implementing mergers and acquisitions as well as strategic development.

Previously Neil worked in the fields of strategy, regulation and commercial negotiations in the energy and telecommunications industries in a wide variety of emerging markets including sub-Saharan Africa, India and South East Asia. His main interests now are in the area of the interface between regulation and business, particularly in emerging markets. He is an alumnus of both Cambridge and the University of Chicago, where he studied for his MBA.