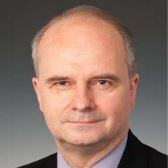 He was formerly the Director General Strategy & International (2017-18) and Director General Security Policy (2014-17) in the UK Ministry of Defence (MOD). In these roles, he was responsible for strategic policy & planning; the Defence dimension of the UK's cross-government response to Russia and China; defence relations with NATO, the EU and with key bilateral allies; and defence policy aspects of cyber, space and novel technologies.

Peter was educated at Peterhouse, Cambridge University, where he studied History and Political Philosophy. He is an ancien of the NATO Defense College (1993-94); and was a Fellow at the Weatherhead Center for International Affairs, Harvard University for the 2006-07 academic year. He is a Fellow of the Royal Aeronautical Society, a Liveryman of the Coachmakers’ Company and a Member of the Institute of Directors.