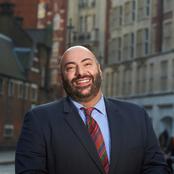 There are few development opportunities in the policy world that blossom into tangible outcomes so rapidly as CSaP’s Fellowship scheme. Starting from broad questions relevant to my role as Head of the FCO’s Science and Innovation Network in Europe, CSaP gave me access to a diverse network of practitioners, academics, experts and emerging talent. All had views to share – sometimes refreshingly challenging – and there were many opportunities to follow up.

The work we have taken forward around risk and hazard with Huw Price and his Centre is a prime example. This has linked closely with my team`s work in supporting Sir Mark Walport´s report Innovation: Managing Risk Not Avoiding It, published at the end of 2014.

In addition, meetings with world-leading experts at the Institute for Manufacturing have led to further exploration on how we better represent the UK as a nation that makes and develops ground-breaking technology – including Professor Sir Mike Gregory’s discussions on the future of European manufacturing with German and Swiss policy makers and R&D leaders at the Royal Academy of Engineering in November.

In taking up my new position as Head of International and EU Programmes at Innovate UK, I will continue to reach out to the experts and leaders I met in Cambridge around how to build UK excellence in innovation. The intense week of meetings and discussions organised by CSaP was only the beginning of what is growing into a network of relevant and mutually supporting contacts and colleagues.

Kenan has been working at Innovate UK since January 2015 where he is responsible, amongst other things, for the Newton Fund programme, the National Contact Points team and all other EU programme delivery.