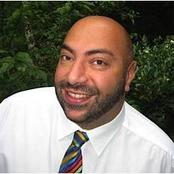 Previously, Kenan was Head of Global Portfolio, and before that Head of EU and International Programmes at Innovate UK where he was responsible, amongst other things, for the Newton Fund programme, the National Contact Points team and other programme delivery.

Prior to this, Kenan served as the Regional Director for UK Science and Innovation Network Europe at the FCO, where he provided strategic direction and leadership for science attachés and diplomats based in 14 Embassies and Consulates across Europe, Russia and Turkey, with the twin aims of informing and influencing science, research and innovation policy, and encouraging international collaboration.

Previously, he has served as Deputy Director of European Legislation at DECC, where he was the Department’s lead negotiator for the Industrial Emissions Directive. He was seconded to the Slovene Ministry of the Economy (during their European Presidency) as a National Expert on Energy and Climate Change, supporting the delivery of key aspects of the EU Energy Market and 2020 Energy and Climate Packages.

He has also held several positions in BIS, including Deputy Director for Energy Resilience and Emergency Planning, where he led his team to respond to major energy crises, including participation in Cabinet Office Briefing Rooms (COBR) meetings. He led a national 36-hour non-stop exercise with over 200 players from across government and industry (including Ministers) to test national emergency plans for energy.

Prior to this, Kenan was Assistant Director Chemicals Industries, where he led a cross-Whitehall two-year project on civil contingencies and counter-terrorism, working closely with industry and governments across Europe. He has also transposed Employment Law preventing age discrimination, and was the project manager for the UK´s Manufacturing Strategy, published in 2008.

Before joining the civil service in 2001, Kenan worked in the NHS, first as a service provider then as a Commissioning Manager in several London Health Authorities, where he was responsible for identifying the needs of, and then procuring services for, people living with HIV/AIDS, substance misusers, asylum seekers and refugees, homeless people and people from Black and Minority Ethnic Communities. He studied African and East Mediterranean Studies at the University of Birmingham and Modern Turkish Studies at SOAS.

To read about Kenan's experience as a Policy Fellow in Cambridge see here.